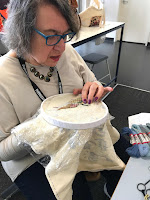 Two weeks ago I spent three enchanted days stitching crewel with a twenty other women at Beating Around the Bush.

When the BATB program came out, I expected to be away for the first week of the event, so I booked into Phillipa Turnbull's Crewel work class for the last three days, when I expected to be back in Adelaide.

In the end I didn't go away for that week, but with the Guild Exhibition on, I'm glad I didn't try to fit in more!


Beating Around the Bush is a very different experience from a small group embroidery retreat. BATB is a chance to be part of a big group of people who come for a wide range of embroidery experiences. It shows the range of embroidery interests, from stumpwork to Solerosom, crazy patchwork, Japanese beading, crewel work, tambour and more. 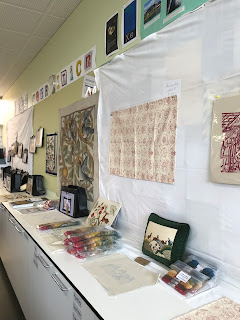 Each teacher is free to set up their room with their work - including kits and other supporting bits to sell, On the first evening of my three-day class time was provided to visit other classrooms to look and buy.

Although I have travelled with Phillipa on her first Scottish Highlands Tour,  have attended two of her retreats, and booked into another one,  I have only been able to experience her teaching in a couple of two hour blocks. This was a chance to spend three whole days learning from her as an embroidery teacher. 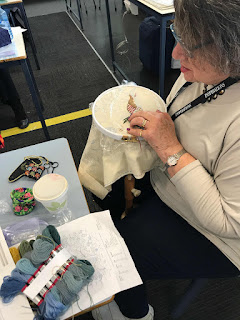 Our project was A Jacobean Medley, an elegant design with a good variety of crewel stitches.  Philippa is a really good teacher. She is clear and explicit in her instructions. My technique noticeably improves from working with her. Her knowledge and skill come from years of closely examining examples of extant historical crewel work and working out exactly how they were made - down to needle angles, order and short-cuts. Not content with analysis, she practises and perfects the physical execution to ensure a comparable result. She observes and corrects posture & handling techniques in the pleasantest possible way.

I also really like the business model of The Crewel Work Company - the partnerships with museums & private collections. It is respectful, educational and ensures we understand and honour our history. It's why I go back and back. 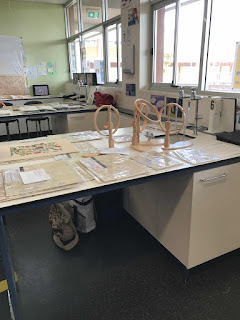 Most teachers have their preferred hoop or frame. Phillipa works with and sells a seated hoop of the stalk variety- the same model used by the RSN when I was there. I too prefer a sit-on hoop. Mine is (I think!) a 7-8 year old Lacis one. I also have a Nurge seated frame - great for arm adjustment, but the clamp is a bit limited. 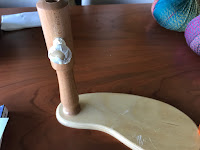 The screw holding the stem into my Lacis stand has worked loose in recent years. Tape on the wooden screw has been a fix for a while, but the problem, I suspect, is wear on the thread in the stem of the stand.

When this began to impact my work, I swapped to Phillipa's version. The screw on this one is hardened plastic, which I suspect will hold longer than the wooden version. In any case, it worked brilliantly to hold my work firm - and is continuing to do so as I finish it at home.


The best thing about BATB is the range of students (mostly women). While I recognised several members of my Guild, there are lots of overseas visitors - and a huge number of women from country towns in Australia. I met  three Victorian women whose husbands had initiated the visit - they were off exploring the Flinders Ranges while the women were at BATB. 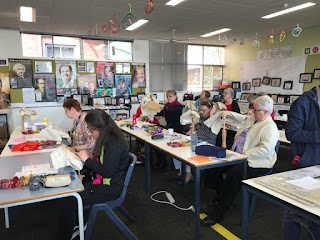 In our class of 19 there were 3 women from Melbourne, 3 from Canberra, 2 from Sydney, 2 from Adelaide, 1 each from Tallangatta, Sale, Wangaratta, Rockhampton, Ravensthorpe, Young, New Zealand, Huston, Texas and (I think)  Gidgegannup. 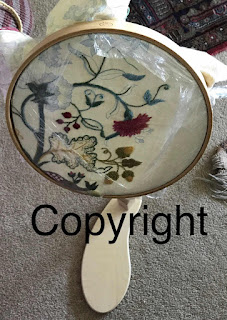 And yes, I have been working steadily on my piece since the class finished. I haven't finished yet, but am making good progress - and I have an idea for using the final product, along with other crewel pieces I have, including a couple not yet stitched.


I am being reminded of how soothing and satisfying crewel work is - especially its capacity to absorb error and enable corrective work over the top rather than by unpicking! It blends and smooths.

There will be more on this as I progress!  It's a great privilege, and a lot of fun,  to be able to participate in this class in my home town. 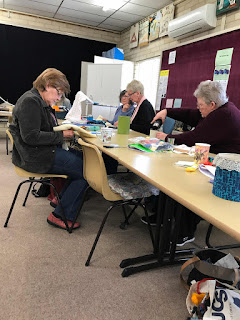 In August I conducted a workshop on New Mexico Colcha Embroidery for the Embroiderers' Guild Certificate Course. It much followed the format I had used for the session with the Ethnic Embroidery Study Group last year.

Because I don't actually have any examples from New Mexico, I used a lot of photos, a couple of pieces I had embroidered myself, some of the examples worked by the EESG, the wool I had bought from Weaving South West (which, incidentally, I have since knitted into a spectacular cowl, which I'll blog about soon)

and the kit I had from the original Piecework article.

I also prepared new kits, using a very open-weave even-weave linen and motifs from Weaving and Colcha in the Spanish South West


There was great enthusiasm for the embroidery. Everyone got down to the task with energy. I had to be asked to demonstrate the stitch. So long have I thought and talked about this now that I forgot that it might not be familiar to everyone! 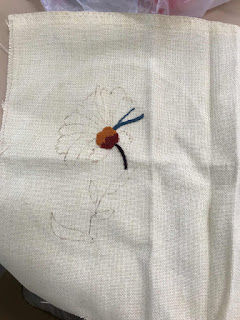 I have not found anyone yet who does not enjoy doing this. The flexibility, coverage and result all lead to great satisfaction 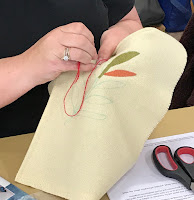 and the shapes of the traditional motifs prove  appealing.

Several people have continued working on the pieces and created items of their own volition - in other words, incorporated it into their repertoire of embroidery. Two substantial pieces were displayed in the Guild's recent Members' Exhibition. 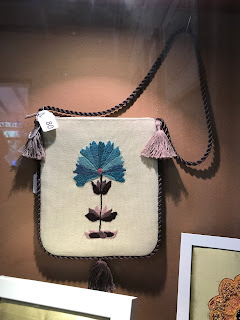 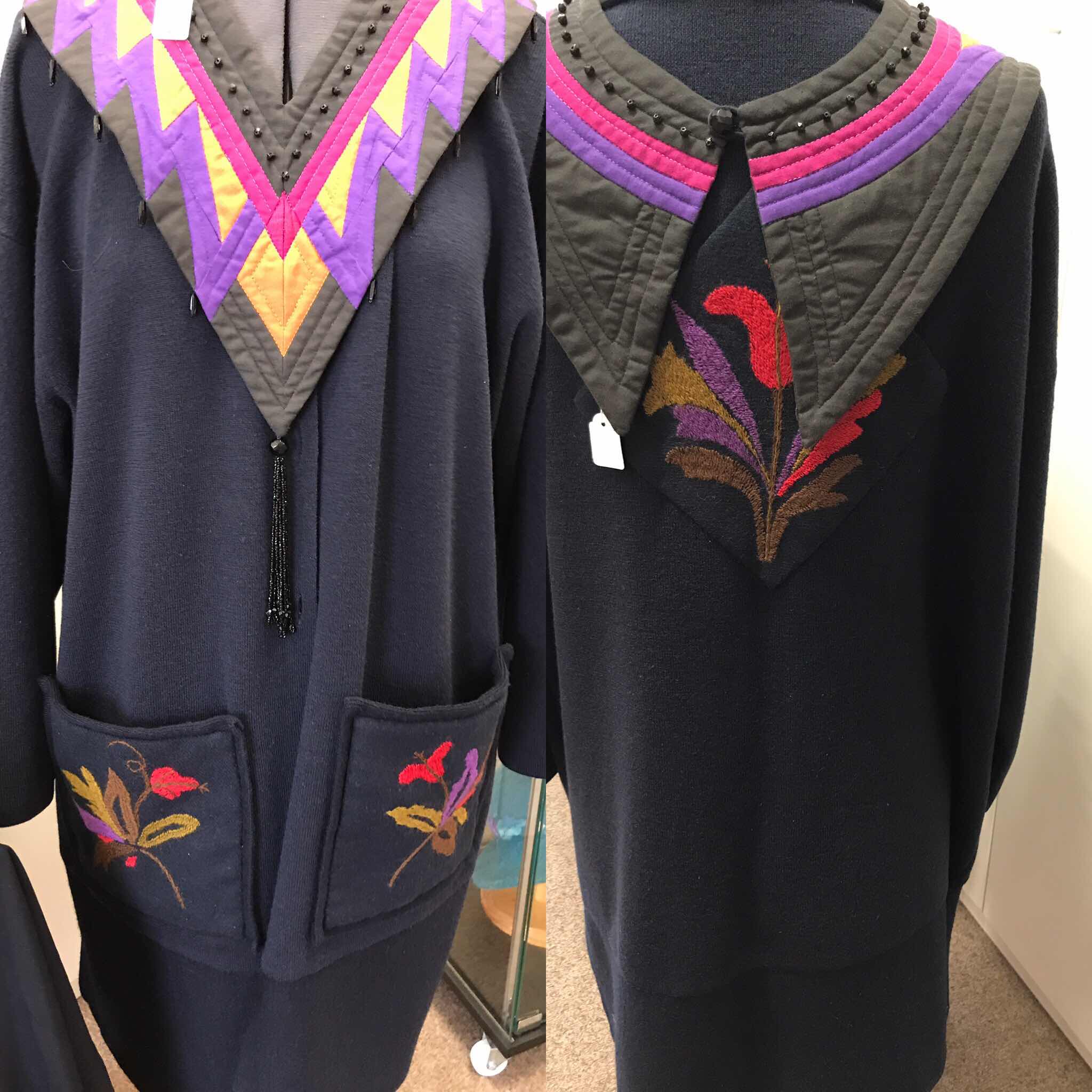 and this coat, by Barbara Mullan, with Colcha embroidery on the pockets and back, is  spectacular. 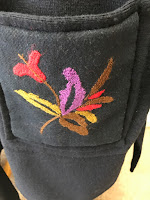 Participants were entranced and engaged with this embroidery. It is a tribute to the women who have worked so hard to preserve this tradition, especially Esther Vigil, who has been so helpful and supportive of my interest in it.

The Certificate Course Challenge this Christmas is a piece made with couching. I'm guessing many will be made in the tradition of New Mexico Colcha embroidery.


Posted by Jillian at 10:16 PM No comments: Links to this post


I have quite a stash of fabric purchased over the years in Indonesia, Malaysia, Vietnam and Thailand, mostly batik and ikat. I also have a couple of pieces from Africa, given to me by one of my daughters.  I always intended to make use of this fabric. Although in the past I have used it for cushions and tablecloths, I no longer have much use for furnishing fabric, and intended to use if for clothing. After a recent reorganisation of parts of my stash, I decided to make an effort to sew myself some fat pants for summer.

A friend, with a similar stash, was also keen, so I went in search of a pattern that we could both use. Spotlight were having a pattern sale - three patterns for $12, or $18.50 each!

I bought two patterns with possible elasticised pants  (one pyjamas!) and a third pattern of a top I might use one day. 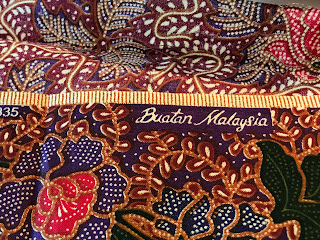 I selected two pieces of Malaysian batik. The softer of these I think, belonged to my mother.  The other I bought from a beach seller in Bali. 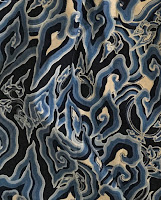 These were both sarong lengths.


I added a piece of Indonesian batik, purchased by the metre in Denpasar. 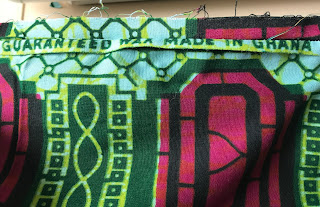 The pieces I really wanted to make into something wearable were two from Africa, a gift from my daughter.

One is from Ghana

and the other from Morogoro, Tanzania. This one is a slightly heavier, more open weave - exceptional quality. 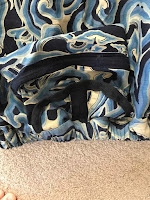 I began with the largest piece, the Indonesian length,  and the largest pattern - the pyjamas.
Because I like to carry my phone in a secure pocket, the first thing I did was to design a pouch pocket and attach it to the front left-hand side front. This meant I was not going to confuse the front and the back - in the making or the wearing. 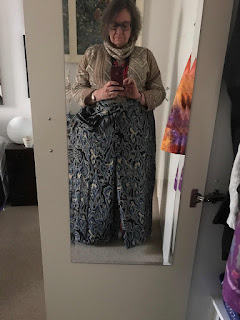 This first one became my first prototype. It was VERY large. 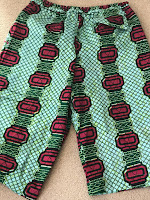 I then made the largest size in the second pattern. This was Prototype 2 - quite wearable, but a little snug. 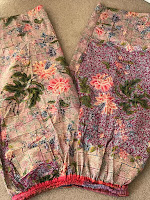 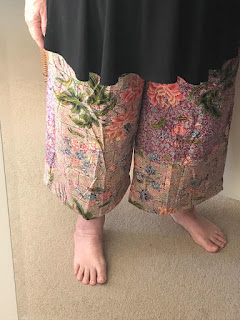 I then made a pair using Prototype 1 with a few inches removed. 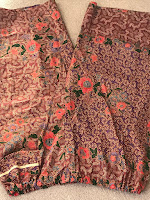 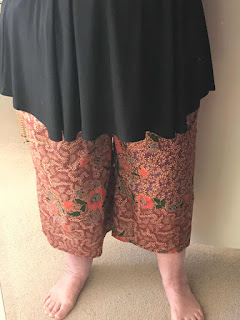 and another of Prototype 2 with a couple of inches added.

At this point my friends tried them on for size, to determine which one would best suit them. Like me, they chose Prototype 2 with a couple of inches added as their preference! 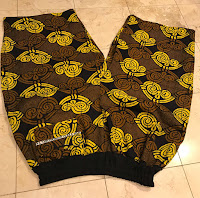 I used it to make my final pair from the Tanzanian fabric. I didn't have enough for the waist band and got the good idea of using stretch fabric rather than elastic.  While it looks good, the waist needed bringing in further than I could stretch the band, so it also has elastic. 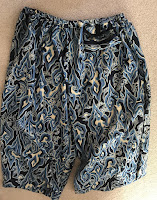 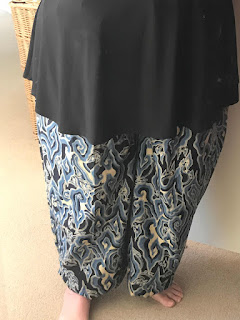 I then removed the elastic from the original pair and inserted a 2" tuck all the way around below the waistband. They are still baggy in the legs, but comfortable and wearable.


The African ones are the smartest and my favourites - but I'm going to enjoy wearing all of these in the coming Summer. 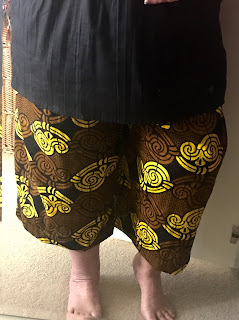 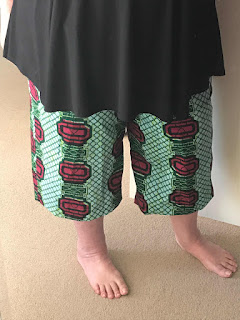