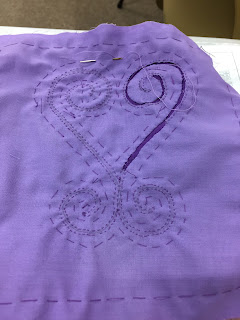 The Certificate course workshop for July was on Asian Appliqué, most specifically, Thai appliqué, taught by Barbara Mullan. Barbara bought in a number of examples for us to look at, some of her own, and some from the Guild Museum.


We worked two designs in the Workshop. The first was an elegant, seemingly simple motif worked in reverse applique on two layers of fabric. 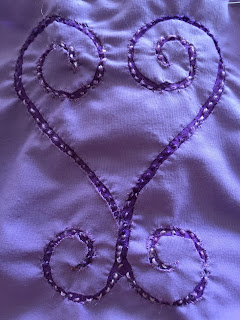 The trick was working the curves. Turning under the fabric edge on the curved  parts required patience and there was a bit of figuring out to do where the two lines touched at the bottom.

It was interesting to see how the addition of a simple row of back stitch in the exposed under-layer made a big difference in the impact of the design. 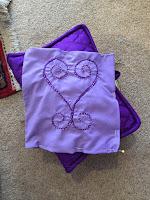 In my eagerness to use even sample pieces that I work, I decided to add it as a pocket to a linen shirt I have had for at least a decade. 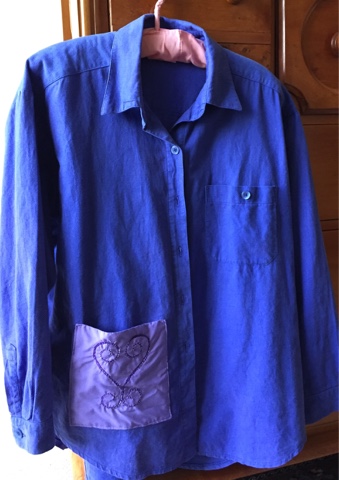 It's not spectacular, but useful - and a bit of a talking point! 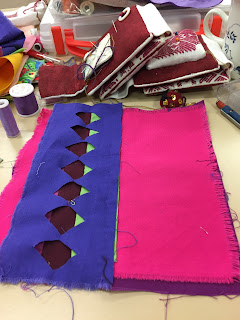 The other piece we began to work was a bit more complicated. This one, also based on some of the examples we examined on the day, has a series of layered strips as well as the addition of a reverse Appliquéd strip - and the traditional appliqueing of the pieces cut from that strip. 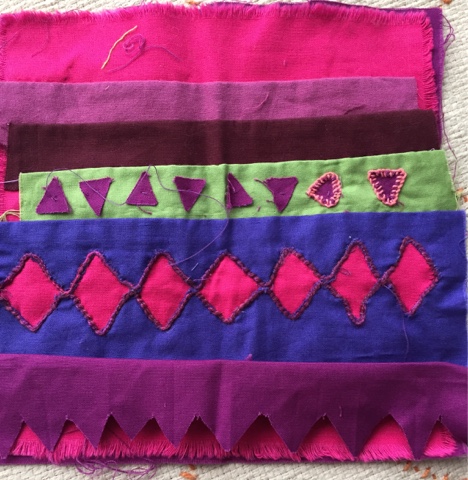 It was good to play with this. I'm not inspired to finish it - this really was a working piece - but the concept is great and could be put to good use on something substantial in the future.

These workshops are great learning opportunities - full of friendships, ideas and techniques.


Posted by Jillian at 5:31 PM 4 comments: Links to this post

On my recent trip to the NSW Southern Highlands, I took the makings of three more Ort pots. I thought the two friends with whom I was travelling might be interested in the concept and I had also promised to make one in the fabric I had used for my third Basics and Beyond project - a bonus accessory to the suite of products in the B2B course. 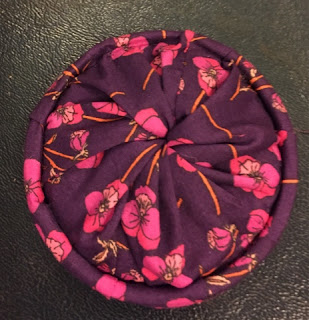 My friends were intrigued, then wrapt. They both wanted Ort Pots for their knitting threads!

Robin chose this one, from Liberty fabric given to me as a birthday present by a cousin in London. 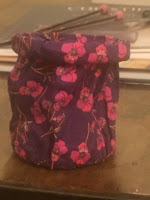 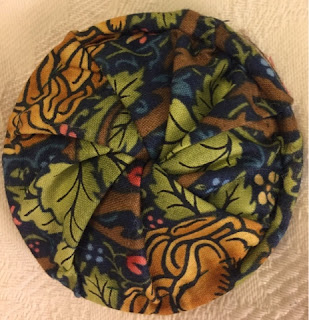 Pat went for this Morris Meadows fabric left over from a skirt I smocked a few years ago. 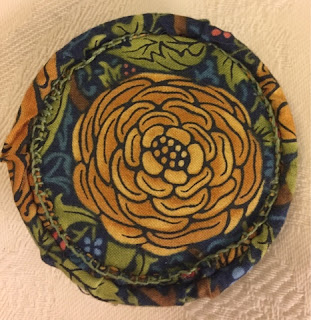 I had done some fussy cutting to get the rose on the bottom of the pot - both inside and out. 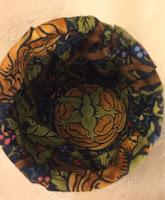 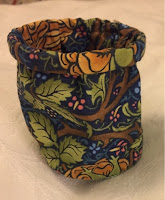 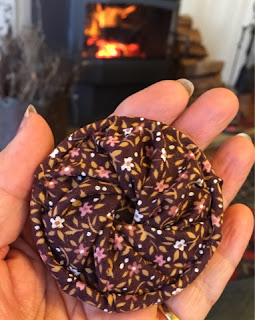 This left me with my own one to finish in front of our wood fire before I came home and added it to my B2B suite of accessories.

Everyone is happy and I still have the makings of three more to meet the needs of my SitnStitch friends, who are still keen and one of my daughters who has put in an order. 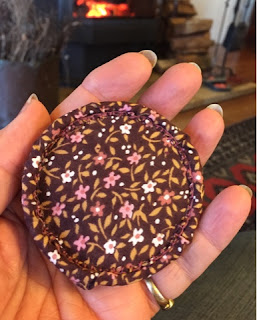 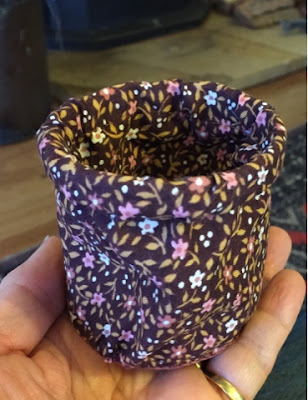 They really are a lot of fun to make and use.

Posted by Jillian at 11:19 AM 3 comments: Links to this post

I'm a bit behind in my postings. I attended the CertificateWorkshop for July last weekend - before I had posted this one from June!

The Embroiderers' Guild of SA Graduate Certificate June workshop was on Russian drawn thread work and taken by Carol Stacy, who had spent months researching and Guild at it's very best - a learning community of members researching, practising and sharing their skills. Thanks Carol!

I worked in 28 count linen. These days I avoid anything finer if at all possible. The work is traditionally, but not exclusively,  worked with the same colour thread as the linen, but to work on 28 count I needed to have matching thread in both Perle 8 and 12 and my stash gave me no choice but pink in the two thicknesses. It turned out well for me - it was much easier to see! 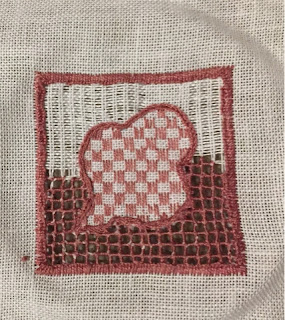 I didn't take photos of the early stages. It took me an hour or so to work the button-hole border and a bit longer to trace and edge a leave shape inside the square. We then removed threads in quarters of the remaining fabric in the square and bound the remaining threads. It was pretty exciting to see the emergence of the mesh of holes at that stage. 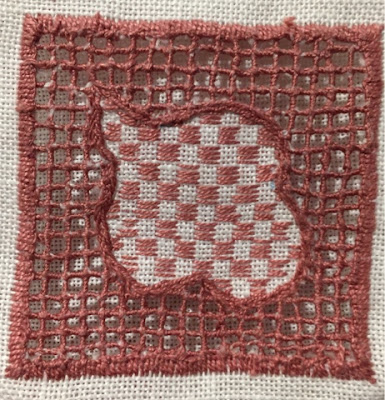 There are, of course, a lot of patterns possible. Counted work is not my passion, but I still love to see the transformation of a piece of solid linen into something open and patterned. There is a quiet joy in it. I feel the temptation to keep working more samples just to see the variety of patterns emerge. 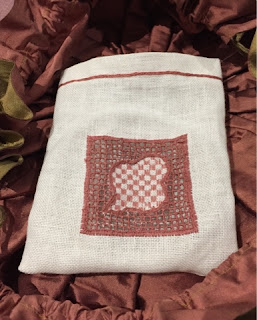 Of course, I wasn't content to leave the piece as a sample. Had I been enrolled in the Certificate Course and not just attending for fun, I'd have filed this carefully with other samplers I had worked. As it is I, of course, turned it into a bag. 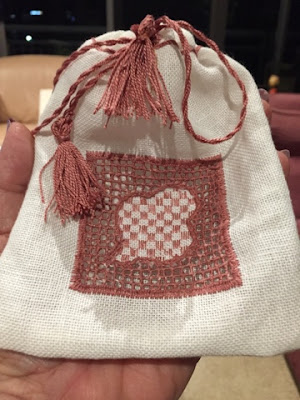 Posted by Jillian at 2:34 PM 3 comments: Links to this post