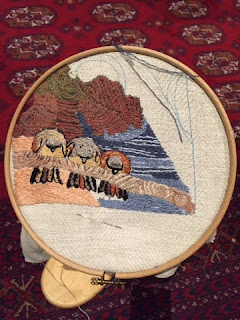 I have made good progress on my Phoebe Anna Traquair piece. I continued working the sky around the birds, building the picture outwards.

I need to do a little more work on the transition of sky colour above and below the branch - but this is easier done as the picture progresses. 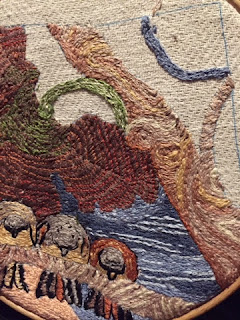 I  continued along the tree branch.  It was quite tricky. I worked by instinct and eye, with a few periods of studying the original and also looking at trees. I used the full range of four colours provided for the tree. For the stem of the leaf I blended a green with a beige. 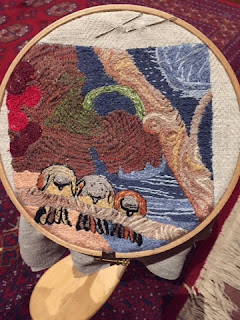 The sky was soothing to stitch. It was good to have a large area to work. I continue to fiddle with the top corner cloudy thing. 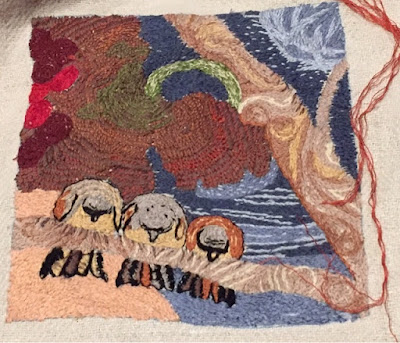 This is where I am now. I am adding rows of couching to that big leaf, to lift the colour above the brown base. I have more of this to do as well as adding the outlines of the stem, branches and leaf. I will also touch up a few places and adjust that cloud further.

Posted by Jillian at 11:14 PM 4 comments: Links to this post 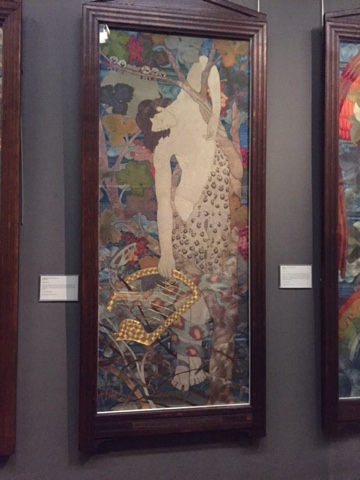 Bloggers who followed my recent trip to the UK will be aware of the 2 pieces I began while on the Scottish Highlands Embroidery Tour. One, based on an 1899 panel by Phoebe Anna Traquair, was designed and taught by Meredith Willett who knows as much about Phoebe Anna Traquair as anyone alive.

Phoebe Anna was an artist born in Ireland in 1852 who married a Scottish scientist, moved to Edinburgh and produced an extensive body of paintings, murals, jewellery and embroidered panels. She was not a professional embroiderer but adapted techniques to suit her purpose. The small piece of embroidery we began with Meredith is based on a segment of the third panel (Despair) of her Progress of a Soul series, on display at the Scottish National Gallery in Edinburgh. 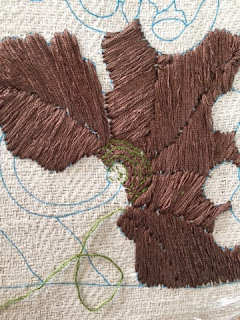 We began stitching a large leaf - laying long stitches then crouching them down in a range of colours that reflected autumnal change. 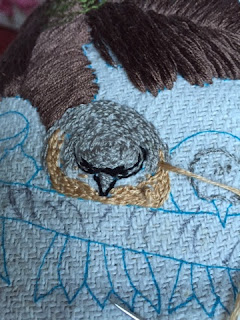 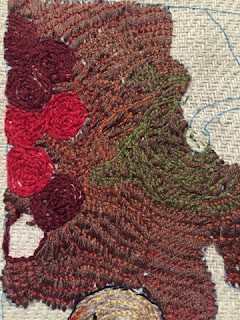 We also worked birds and berries
to master the techniques.

The thread is Splendor 12 strand silk and most of the work is split stitch. The fabric is an antique loose weave linen sourced to closely match the fabric Phoebe Anna would have used. 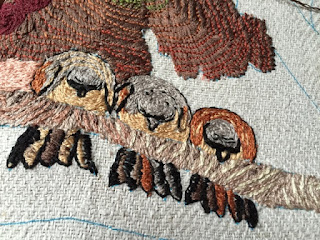 Since returning home I have worked the other birds, the branch on which they sit
and much of the sky. 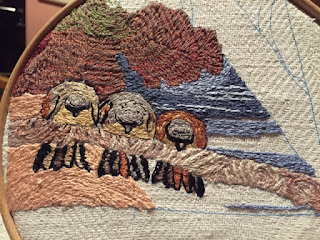 I now have a rhythm and a bit of a run on this work so hope to continue to make progress. It is very addictive. I am practising split stitch with the needle coming up through the stitch, rather than down through the stitch. I usually find this difficult, but working in four strands of the Splendor silk makes it quite manageable. The silk has a lovely sheen and dimension.
I am now working the tricky trunk of the tree - about which there has been much discussion amongst my fellow travellers. More soon.

Posted by Jillian at 1:20 PM 3 comments: Links to this post 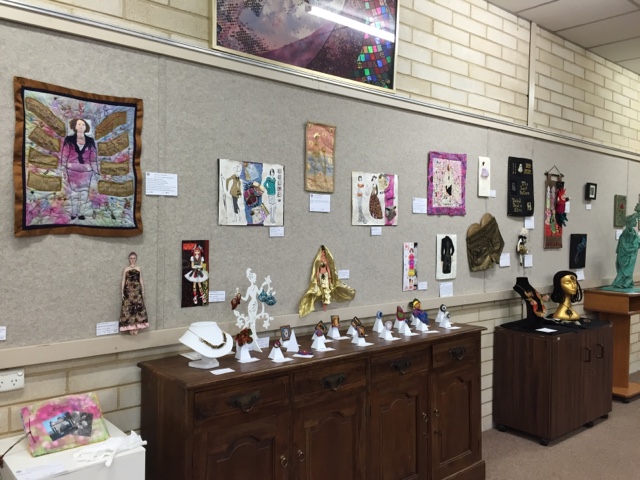 The Embroiderers' Guild Exhibition for the South Australian Living Arts Festival opened today. I called in to have a look. The place was buzzing with the JEMS group all busily stitching and lots of goodies for sale from the No Limits Group that has organised the exhibition. 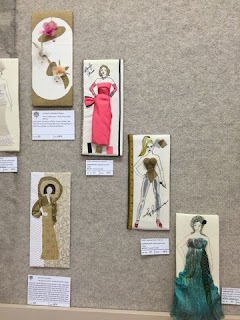 There were some clever contributions around iconic fashion. 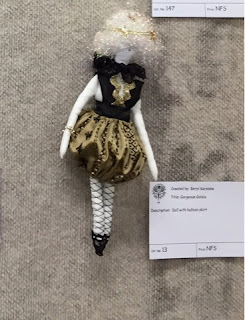 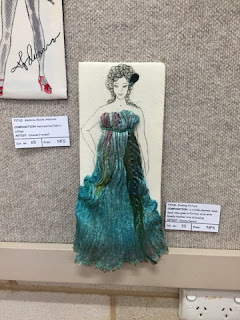 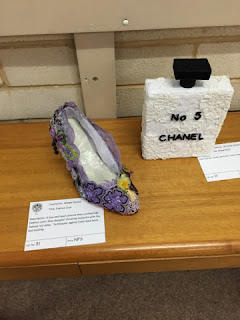 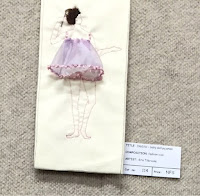 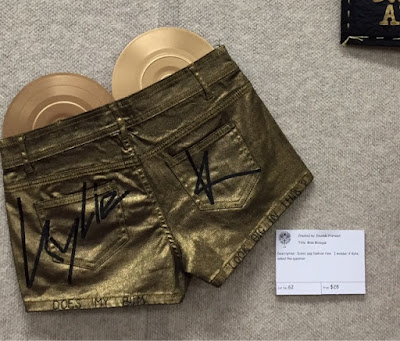 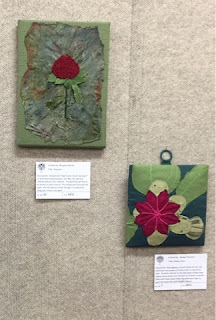 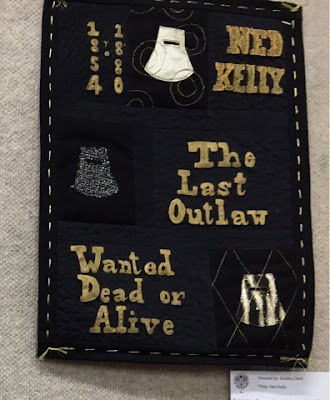 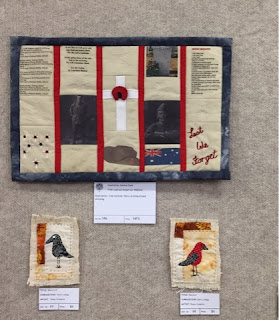 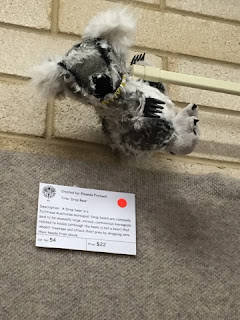 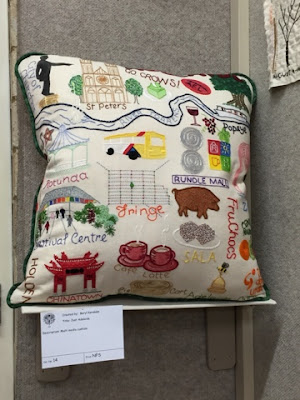 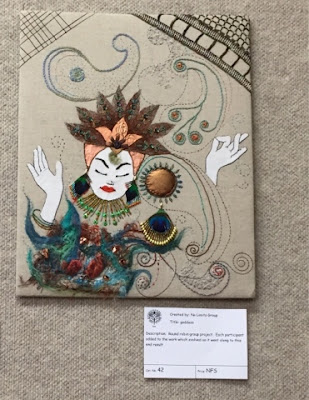 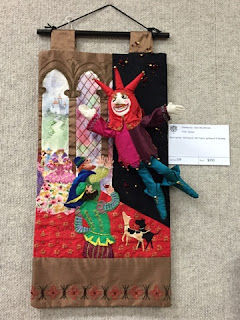 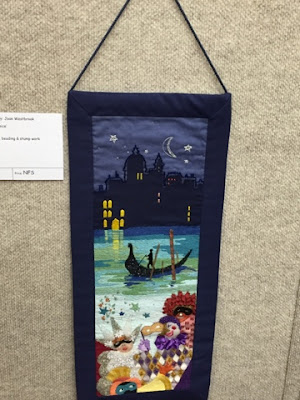 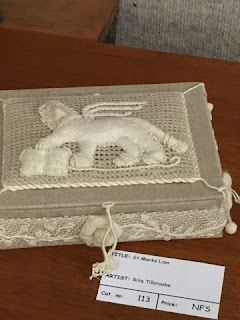 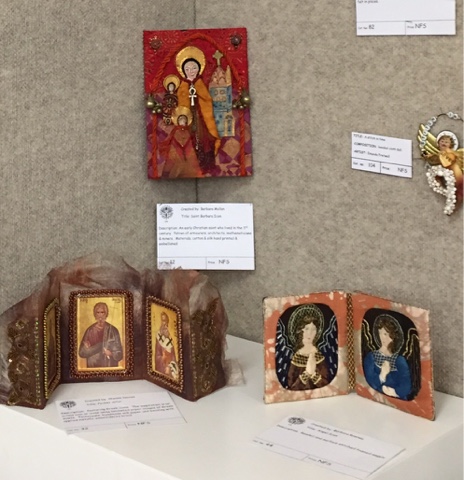 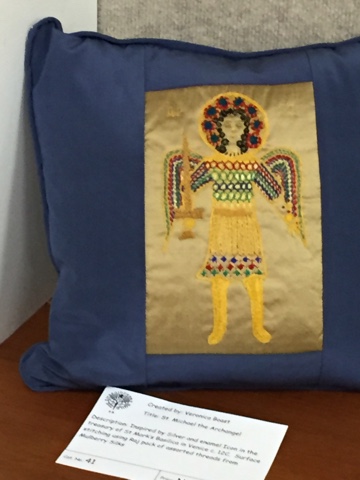 Julia fits well into the mix. 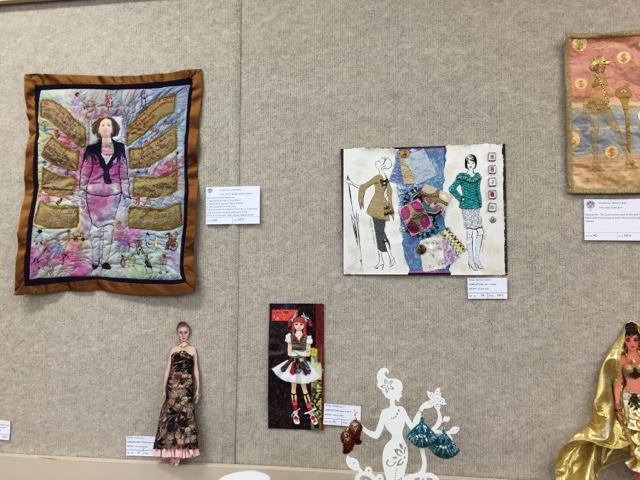 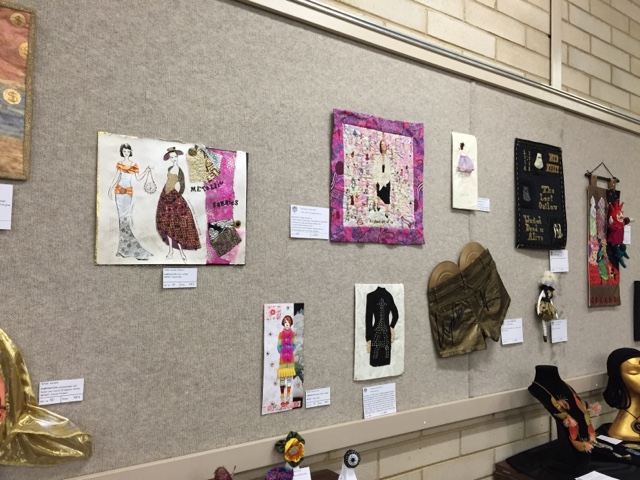 The Exhibition is on until 15 August.
Posted by Jillian at 11:43 PM 2 comments: Links to this post